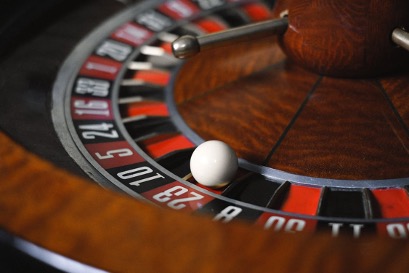 Online gaming is the success story of the last decade. Millions of us now consider ourselves gamers and turn to video games or mobile games as our primary source of entertainment – some opting to play roulette online, others engaging in friendly word games among our friends.

Alongside such a boom in the gaming economy, inevitably follows an expansion in the number of developers and hence many more video game titles in the market. Decision fatigue is a very real consequence when there are so many choices available for every type of consumer. Could online roulette be the perfect game for you?

Roulette has been a popular pursuit – initially reserved solely for nobility – for over 200 years. With roots in 18th century France and Italy there are records of Casanova, Voltaire and Émilie du Châtelet partaking in the game.

Fast forward 200 years and roulette wasn’t left behind when gaming went digital in the 1970s. Alongside video slots and video poker, roulette was quickly adapted into computer compatible code so it could be easily distributed among casinos across the world.

From that point it was just a matter of waiting for the technology to catch up until home computers, laptops and eventually smartphones and tablets were powerful enough to run fully functioning simulations of the well-loved casino table game. These days smart devices are many times more powerful than even the supercomputers of the 1980s and are capable of supporting immersive blockbuster video game titles as well as performing the multitude of functions we’ve come to expect our phones to carry out.

Despite the fierce competition, online roulette games frequently top app store download charts but why is this? Firstly, there has been an increase in the popularity of casual games. It could be argued that gaming on smartphones created this new genre of game entirely.

Casual games require shorter game sessions, less or no guidance in how to play the game – this information should be immediately apparent – and are targeted at wider audiences. Casino games, especially slots and roulette fit this description to a tee.

This type of game fits into consumers’ busy modern lives where they can enjoy short play sessions while on the commute to work, during a lunch break or for a few minutes before bed. Roulette itself is extremely simple to pick up and learn the basics as any good operator provides an intuitive interface that makes placing your bets straightforward.

And of course with any monetary game of chance and risk, there is the opportunity to win big cash rewards. Fans of the game love the fact that they can enjoy it as both a source of entertainment and occasionally earn money at the same time.

While casino games are thrilling, the personality types that excel at them tend to be those that can keep a cool head under pressure. One of the first rules of any betting activity is not to chase your money. No one is blessed with the luck to win every spin, turn or hand so resisting the urge to become impulsive and reactive is the key to being able to enjoy roulette for an extended period.

The basics of roulette can be picked up in a few minutes but there are some more advanced features of the game that newcomers might not at first realize. In a reputable brick and mortar casino, the croupier – the person appointed to run the game and handle the money – will alternate the direction the wheel is spun, usually two spins clockwise followed by two spins counterclockwise. The ball (or pill) is always thrown around the track in the opposite direction to the spin of the wheel.

Traditionally, due to its European roots – the name roulette translates to little wheel – calls at the roulette table are made in French. “Faites vos jeux” meaning make your play is announced to let players know they can now bet which is followed by “rien ne va plus” or “no more bets”. Obviously when you’re playing online you can set the language of your chosen game.

Since “no more bets” is announced a few seconds after the ball has been released, there are professional players who think they can predict which number pocket it will land in. There are some that have shown a degree of aptitude at this skill but none that can prove it consistently.

There are several ways in which you can make bets at the roulette table. Beginners tend to gravitate to red or black, or single numbers but there are many more options available.

If you’re a veteran roulette aficionado or even if you’re new to the game, take the opportunity to try your hand at this thrilling activity on your mobile from the comfort of your own home. And you can feel the excitement of the casino from anywhere at any time.